Welcome to the Beelitz sanatoria!

You are here in quadrant A, which during the early years of the sanatoria, from 1902 to the end of the 1920s, was for women only. At the time, men and women were still kept strictly apart and treated in separate sections of the complex.

At 60 hectares (the equivalent of 84 football pitches) it is the largest of four quadrants.

In 1898, construction work began on a huge sanatorium complex in the forests around Beelitz. During the years that followed, the buildings were erected in four phases on more than 2 million square metres of land. The complex was divided into four quadrants, plus a separate area, where an overflow hospital for Potsdam was built.

The Beelitz sanatoria were equipped with everything they needed to be largely self-sufficient: wards for the patients, accommodation for doctors and other staff, laundry and kitchen facilities, a bakery, a butcher´s, a plant nursery, a church and a modern heat and power plant, which generated hot water, steam and electricity. From 1930 onwards, the most serious cases of tuberculosis were treated in the newly built surgical hospital. 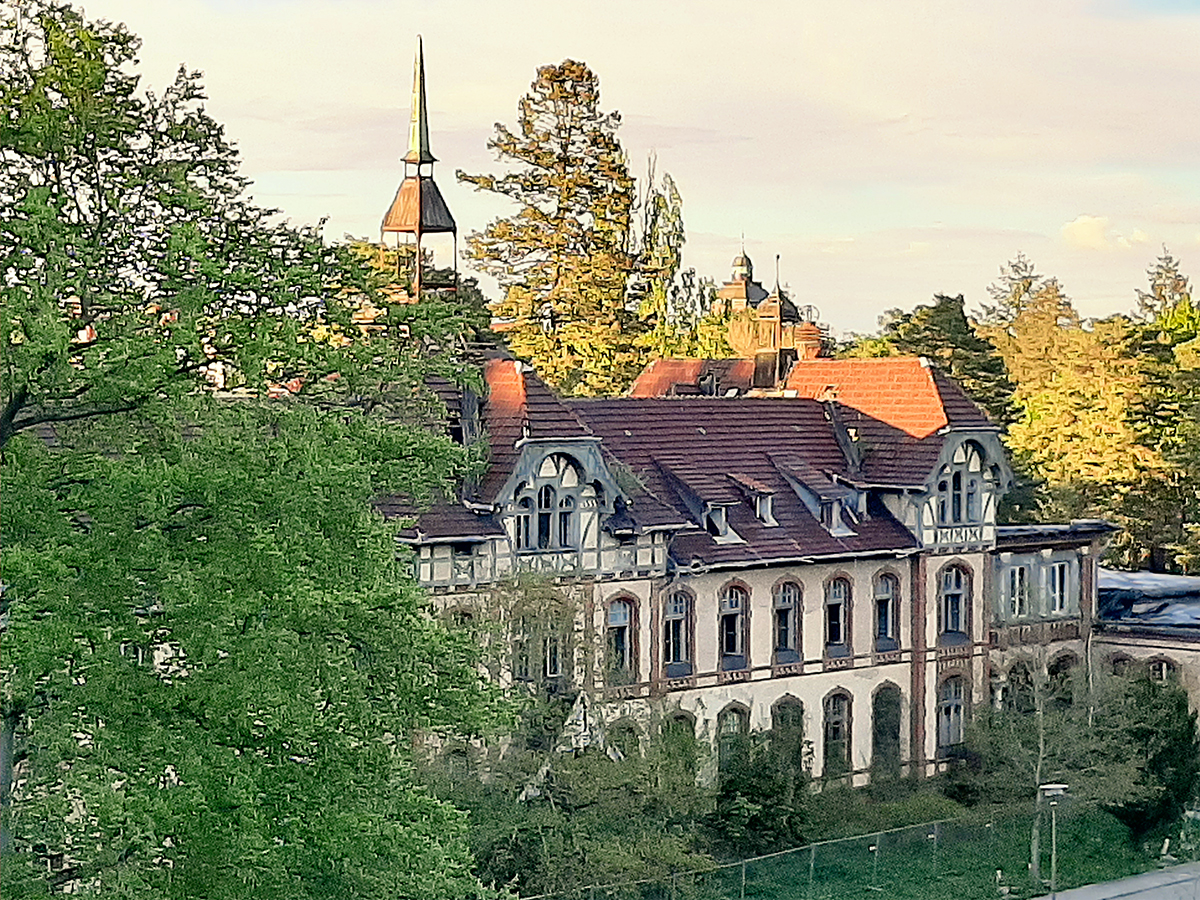 The lung sanatorium served as a military field hospital during both world wars and was used by Soviet Forces as a hospital from 1945 until their withdrawal in 1994. All the buildings, apart from the Alpine House, which was a ruin, were cleared and handed back in reasonably good condition. It was not until a leading investor declared insolvency in 2000 and the site stood empty for a long time, that the park and buildings were subjected to widespread theft and vandalism.

The site was regarded as irrecoverable and became one of the most famous “abandoned places” in the world, resulting, unfortunately, in even more vandalism.

Since 2015, however, this enchanted place has been given a tremendous uplift and is experiencing its renaissance. The buildings are now all in the hands of private investors and are being restored step by step.

In quadrants B, C and D a lot of new housing development is underway, together with the infrastructure to support it, such as a kindergarten, a school, shops, healthcare facilities and other service industries. More than half a billion euros will be invested in this part of Beelitz-Heilstätten during the coming years. 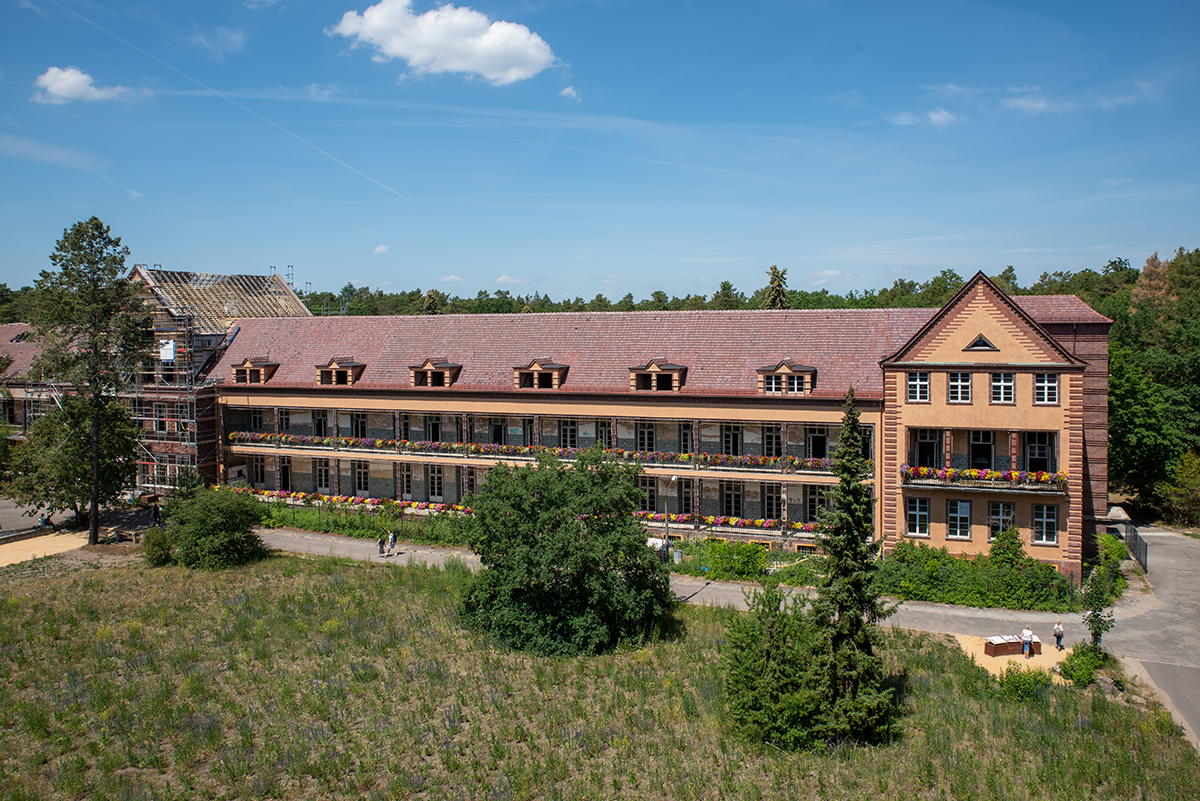 The Recura Clinics, who were the leading investor in 1996, are planning to extend their services in quadrants B and D and to increase their number of beds.

There are also plans for the administration department of the Potsdam-Mittelmark district to move into a new building close to the railway station in quadrant B and for most of their approximately 1,000 staff to be based in Beelitz-Heilstätten.

Quadrant A, where you are today, will remain open to the public. Thanks to the treetop walkway and the barefoot park, opened in 2016 by a separate company on 15 hectares south of the surgical hospital, it has become one of the most visited tourist attractions in Brandenburg. The site has been managed and constantly developed as a family business since 2019. 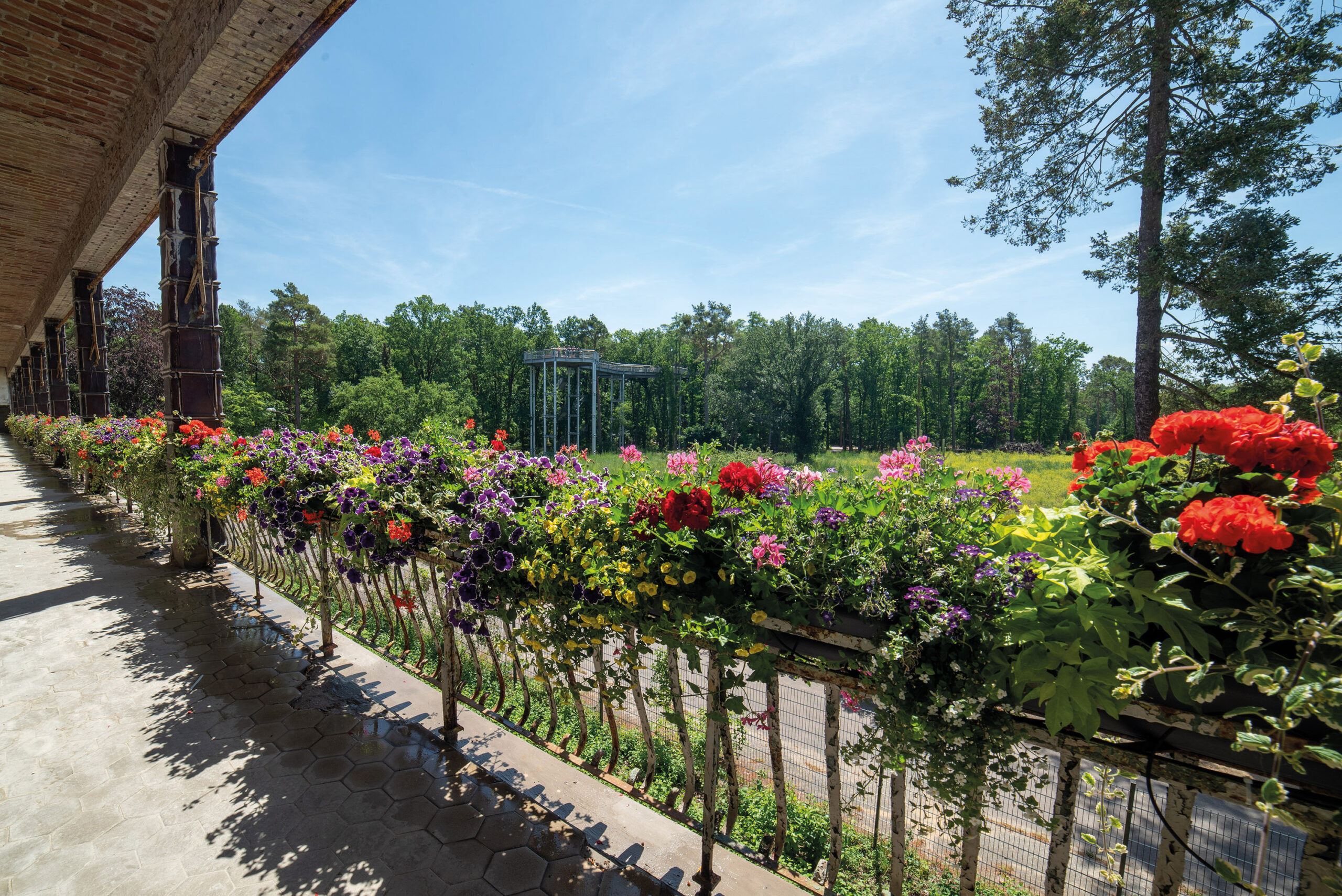 Our aim is to retain the character and atmosphere of the historic sanatorium and, with the treetop walkway, to offer our visitors the experience of observing it from a very special perspective.

We plan to carefully restore all the buildings except the Alpine House. Work on the surgical hospital began in 2020. The roofs, windows and doors are being painstakingly repaired, but without a polished finish, so that the history of the buildings remains visible and tangible, like the wrinkles in a 100-year-old face.

Most sections of the surgical hospital, the women´s ward, the kitchens and the laboratory will be accessible again to visitors. Some areas will be modified and used for catering, events, meetings and conferences, toilets, storerooms etc.

At the same time the historic park is being revitalised and landscaped. The interplay between unspoilt and landscaped areas is what already makes the park so attractive.

Planning and implementing all of this demands a lot of patience and financial commitment. The cost of carrying out the most urgent work is estimated to be at least 35 million euros. Seventeen million have already been invested.

The federal state government initially rejected our application for funding for the project. In the meantime, however, they recognise how important this tourism landmark in Beelitz-Heilstätten is for Brandenburg, and in 2020 contributed 1.3 million euros towards the latest phase of restoration work. The federal government of Brandenburg, the district of Potsdam-Mittelmark and the town of Beelitz support us whenever necessary.

By visiting us today, you are also making an important financial contribution towards preserving the cultural heritage of the Beelitz sanatoria, which, we are strongly convinced, have the quality of a world heritage site.

Thank you for your support. We wish you an enjoyable and relaxing visit to the historic women´s sanatorium! 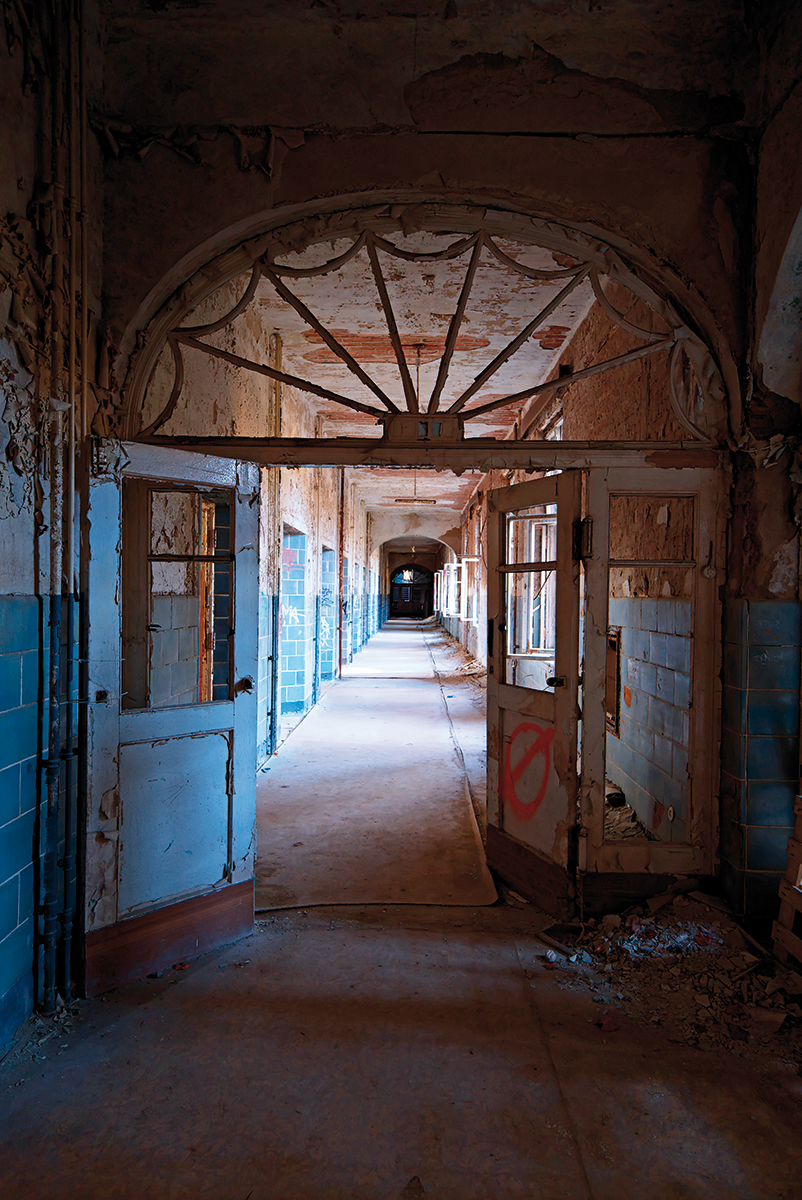 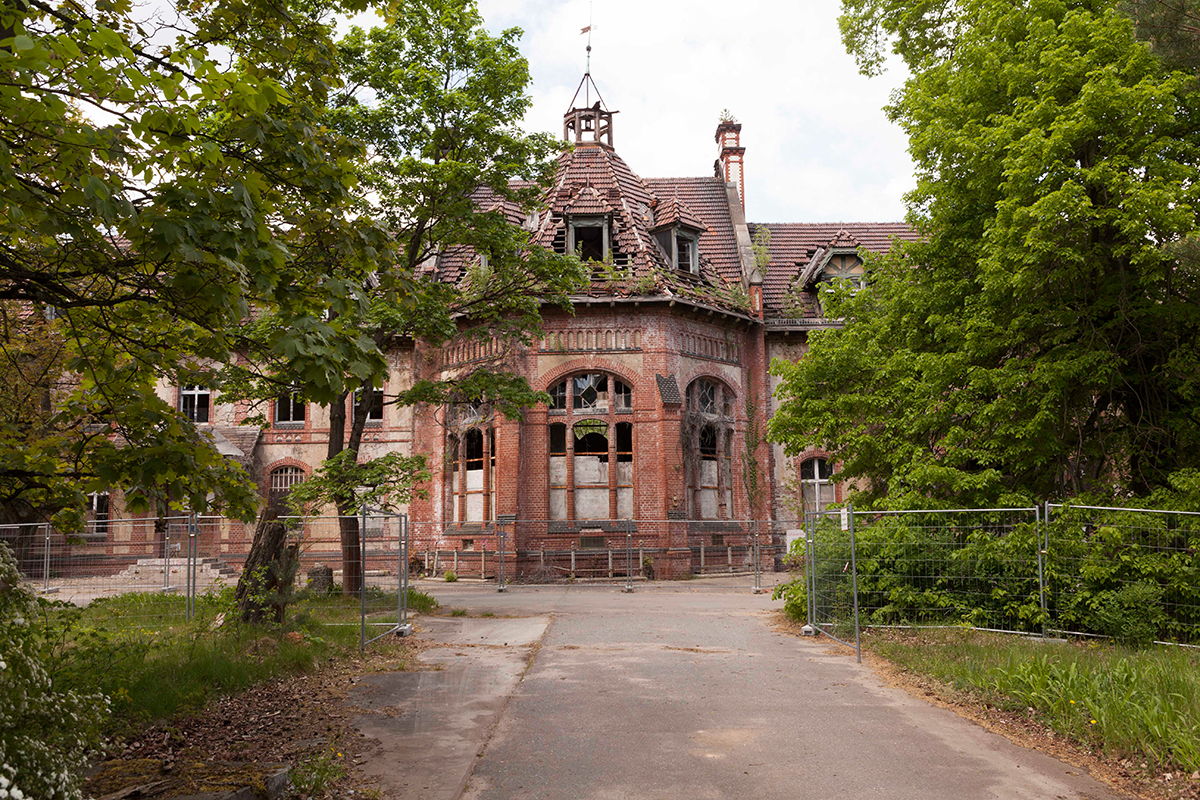